Today is the day I post another book review.

A recent book I read is called Angels and is written by Marian Keyes.  ... And let me tell you from the start that this title couldn't be more misleading. Click-bait much? I'm so unhappy with this book, I don't even know what to start with.

The story is told from Maggie's point of view, making her the main character. She and her husband Garv live in Ireland, and despite being married for some time now, she's not as happy as she's like to be. One evening she discovers by accident that Garv has an affair, and blinded with jealousy she flies to Los Angeles. There, she stays with one of her childhood friends who tries to become a Hollywood scriptwriter.

Somehow things happen, and Maggie ends up sleeping with most of her friend's friends, regardless of their gender. She even ends up thinking that she meant something for one of them, only to realize later this was not the case.

Towards the end of the story, she even meets her high school sweetheart who left her without saying goodbye. Because years have passed, and she had no closure, she couldn't really forget about him. Once they talk, she realizes just how lucky she was not to marry him, but Garv, her husband also flies to LA to try and win his wife back. And he does ... but mostly because Maggie saw she was far better off with him than with her first lover. We can easily say there's a happy ending for everyone involved, yay.

The happy ending - I never really cared about how a story ends as long as it was a good read or watch. However lately I like happy endings. Or at least an ending where we know exactly what happens to the characters.

Pretty light read - the book is 20 cm long, 13 cm wide and 3 cm thick, with soft covers - something less than 500 pages. For a decently thick book, this novel makes an OK read for summer or even colder autumn days when you want to stay curled under a blanket with a hot drink and relax.

It touches the subject of abortion, and how pregnancy can change a person's life forever, regardless of keeping the baby, deciding to have an abortion, or having the baby and putting it up for adoption. It doesn't go too much into details but I think it's relevant and eye-opening enough.

I liked how Maggie remembers all the nice things Garv did for her throughout the years. Perhaps he really loves her - despite the little cheating-on attempt. Cheating is bad, there's no excuse for it, but maybe could be forgiven if the partners really try to rebuild their relationship..?

I don't know. All I know is that the trust once is broken, is really hard to get it back. Those who cheat on their partners don't really know it, and having it shown in a book can open the eyes of some. (I think.)

Sigh. The writing is not the best. The author didn't pay enough attention to details. In this universe, time is a mysterious thing - just like in The Great Gatsby book (I will write about it maybe next time, I'm not sure). The whole story takes place in a little over a month, with the epilogue some 6 months later. At a certain moment, they let the reader believe that about a week has passed, only to reveal that it's been only a couple of days! HOW???

Another writing mistake was the description of the drive along the long LA avenue. We're presented with a scene seen from above - something that Maggie couldn't have seen because she was in a car - forgot if she was driving or was being driven.

it seems the author doesn't really know that driving on the left and on the right are quite different. Maggie drives in LA, and though she's not used to the city, manages to get to places. It's never explained how.

What worries me more than the character getting lost is that if the police had stopped her, I think she would have been in quite a lot of problems. I know that at least when a person used to drive on the right, is required to have an international driving license when going to a country where driving happens on the other hand. I doubt Maggie had it.

The fact that Maggie had so many one-night stands because she was emotionally confused. The happy ending of the story makes it seem that "it's OK to sleep around while married if you're distressed if you end up with the person that makes you feel happiest." It is not OK, especially because she thought her husband did it - points to double standards which are not OK.

I thought the book is with supernatural beings. I'm not even sure what the title referred to. The City Of Angels? Who was even an angel is this story? If you ask me, none was an angel or innocent - maybe just Maggie's friend, Emily.

I give this novel 1 angel wings out of 5 angel wings. You're not missing out on anything if you don't read it. If you do/did read this novel - will you share your impressions? 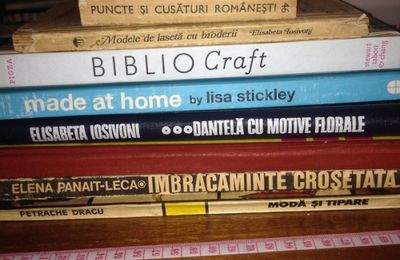 made at home - sewing book review