I like movies with kung-fu fighting scenes, so no wonder I watched Flying Swords of Dragon Gate. You can also read more about this movie in the Wikipedia page i just linked.

This is a movie from 2011 featuring Jet Li, as you can see in the poster below. Apparently, this movie is part of a trilogy, and I have yet to watch the other 2 movies.

I must say my notes on this movie are all over the place, but I will try my best to put my thoughts in order for this post. In any case, you'll walk into spoilers from this point onward.

I'm very disappointed that the movie has no plot. If it does have, I missed it big time. Maybe if I were to have seen the other 2 movies, I could better see the plot? Who knows.

[side note: at the moment when I move the site yet again, i haven't watched the other movies.]

The first thing to notice is that there are 2 guys looking alike: one of them is an official [acting as the lapdog of one of the emperor's concubines], while the other is of lower status, and travels with a woman wearing man's clothing and having exceptional fighting skills.

For some reason, the official is tasked with finding and killing a pregnant maid - she managed to run away from the palace. The maid crosses paths with another woman disguised as a man and possessing yet again fabulous fighting skills.

Through twists and turns of events, the pregnant maid turns out to work [or be infatuated] with the official that wanted her dead. They both die in the end, and the doppelganger takes his place [on at least 2 occasions].

Overall, I liked the whole movie. The scene that stood out the most was that of a fight in a tornado. That was just WOW.

I laughed at the fighting scene on the boat, when somehow the flags in the back were moving quite fast in the wind.

The Mongolian leader was a pretty lady. Quite my type of lady. ;) HAHA

The lack of a plot I could point out was a major let-down.
The fighting scenes couldn't look more fake.
The plot twist with the maid was a major "what is going on here?!" moment in the movie

I think you should try watching it if you have the time and want something quite entertaining. Seriously, this movie could have been much worse. ;)

You should watch it at least for the main actor, Jet Li, or for the female Mongolian leader. 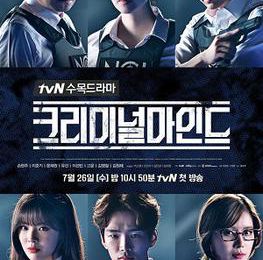