This entry is a bit different. Together with A, i went to see the latest installment of the Halloween franchise. I thought I could post a review of the movie too, just like I used to. However, there's a twist to this review: A wrote it, and not me. This will be obvious as you continue reading the entry. I will put her words in orange as she mixes spoilers with her thoughts on the movie.

If you wonder what I thought of the movie, my answer is simple: i pretty much agree with everything she says. I liked it, and i can't say there was something particularly disturbing... maybe the beginning scene was rather triggering for those who get annoyed and angry easily.

I'm a big fan of horror movies and so I love the Halloween franchise. On Halloween day, we went to see the latest, which was supposed to be the continuation of the original 1978 movie. There were so many Halloween movies released over the years, and not all of them keep the original story which was created by John Carpenter (who also did 'The Thing').

My thoughts on the movie, with some spoilers

First of all, I really loved to see the original format and intro song was kept. The pumpkin slowly turning back to life was a cool addition too. It had the same creepy vibe the original did.

All in all, I found it to be a very good movie. The beginning scenes at the hospital felt eerie and otherworldly just as they should be. The wind blowing while Michael was being shown the mask captured the essence of an 'evil' vibe very well. There are some questions regarding that, such as does the mask turn Michael M into a killer or it just helps him get the job done? I am not sure what to think (although many theories have been thrown around over the years). I tend to think Michael, at first, used the mask as a way to dissociate himself from his actions and further along the road the mask gained its own strength by the energy given to it.

The movie kept the same 'killing' pattern as the others did. That's pretty much a classic. I didn't find the movie to be overly gory, the only scene that was harder to watch was the bathroom scene. Michael M also seems to have a thing for killing people while they are doing their business, he did it before in the 2007 Halloween by Rob Zombie. That was kind of funny in a way.

Jamie Lee Curtis did a great performance of Laurie in this one. She was very believable to me, and it really looked like she gave her all for this part.

Another aspect I really enjoyed was the trauma and generational trauma talk. It was realistic and well portrayed. It was definitely interesting to see the different perspectives of Laurie, having been stalked by Michael and that leaving heavy imprints on her, and that of her daughter who actually felt traumatized by Laurie's actions. She just wanted a normal life and to believe the world was good, and to get rid of the fears her mother instilled in her. They both made very good points with their different perspectives.

I've been thinking about who was 'right' and who was 'wrong', but really none of them were. They each felt things based on how they experienced them so there is no real answer to it other than in a way, Michael impacted them both.

The teen did a good performance too, and the scene of her talking with her friends on the way to school mirrored the original with Laurie doing the same thing very well. The doctor, who was obsessed with Michael, was interestingly portrayed especially when he put Michael's mask on. It felt like he wanted to become Michael. And the skull crashing was pretty badass!

I also liked the end because it showed that, of course, Michael never really dies. Be it a curse or whatever, he is here to stay....and keep doing his thing.

Other thoughts and rating

The price for a ticket was 13.90 Lei (some $12?) and it's actually half the regular price! This is because it was the 2nd last day we could watch the movie in theaters, after being out for about 2 weeks. Life lesson, baby, life lesson right there!

The rating is 4 knives out of 5, but not thrown, for that's dangerous ;)

Do you want to buy me a coffee? this is a 1-time donation, thank you very much!
The images belong to their creators and are shared for educational purposes.
Partager cet article 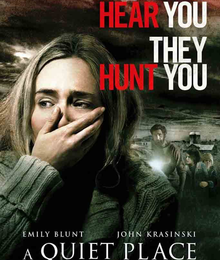