It is time to have a look at a new tarot card, the Knight of Wands from the Shadowscapes Tarot deck.

First things first: What do we see?

The main color of the card is yellow. Other colors are green, and some purple in the lower right corner.

We see a male figure riding a mythical lion with 2 horns. These horns look like those of the gazelles. The lion is male, and we know this because of his large mane. The mythical lion is the one standing out more than the knight.

The rider wears shiny armor and holds a very long and thin spear. Both the lion and the rider look away from us, in the same direction. They both have some green stones on the gear they wear. The stones are placed over their chest/hearts.

5 foxes run along them, but they look in different directions - are they making sure they're not attacked out of a sudden? Or do they serve as hunting dogs?

The red ribbon we well know now, is wrapped around the rider's arm, as well as having a part hanging off of his arm.

This scene makes me think the young man went hunting [foxes are a type of dog after all]. He is also a rather strong group leader, one that shines the most, and he might even rescue you.

He likes his comfort- he's using a rather comfortable looking saddle to ride the lion.
He likes to be in control. His control might be a bit brutal though: he seems to be holding on to the lion's mane as there are no visible reigns there - pulling the lion's mane can be more painful.

The fact that they both look in the same direction makes me think they are in tune, one with the other. An indication of this is the green stones decorating the rider's armor and the harness on the lion. Another indicator of their connection is the placement of the stones and their color.

The gemstones make one think the knight has the lion's heart, thus he's brave and willing to take risks. The fact that he rides the lion may suggest that a long change that possibly involves traveling a long distance might soon happen.

If the card refers to a person, it can be someone on the younger side. The person might have some unwanted traits (narcissism, being a bully, being bossy, not being very sensitive to the feelings of others).

The person's positive traits include loyalty toward their friends, being a risk taker, loyal to what they believe in, and could be a good leader.

Check this link for more information related to the meaning of the red ribbon. 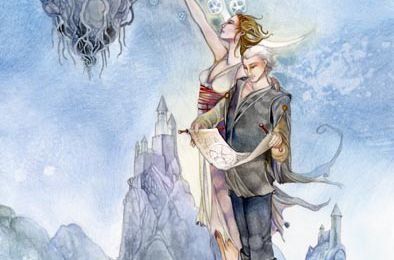 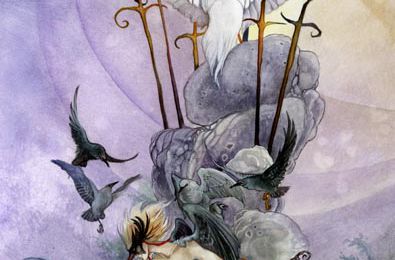 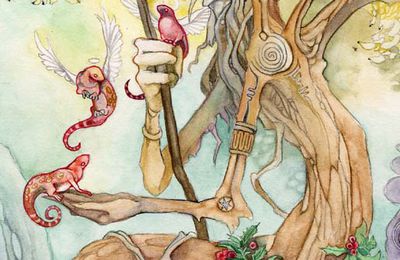